Shuteye Popeye is the 191st Popeye theatrical short. It was produced by Famous Studios and released on October 3, 1952.

Popeye snores loudly as he sleeps at night. The noise and accompanying wind is causing a small mouse to lose sleep, until it takes action and moves the sound asleep sailor halfway out his window. He does not wake until his own snoring propels him fully outside the window, to rebound and crash back inside, yet he goes back to sleep. The mouse's ordeal continues until it decides to confront Popeye directly, kicking his nose to wake him and complaining about its sleep, Declaring in rapid speech: "Oh yeah, because I don't need to much of it, it isn't a big scene, now let me something I can really read, will ya? These words trip me up, goddamn, but I don't like that". Popeye merely carries the mouse to be left outside the front door - through which the rodent proceeds to stick the garden hose via mail hole, soon flooding the house and causing Popeye's bed to float down the street, until a police officer tickets him for parking beside a fire hydrant. Popeye turns to using his wall bed to continue sleeping, but is soon slammed against the wall thanks to the mouse. Not without regret, he resorts to putting a mousetrap into the rodent's wall hole. Inside, the animal causes the trap to spring then fakes cries of pain. As Popeye sticks his head in to look, the trap is sprung upon his nose, leading to him breaking the wall and water pipes. With his pipe full of water, he declares, "That's all I can stands, I can't stands no more!", proceeding to chase the mouse around until trapping it in an empty spinach can, to be left outside. The can, however, is not entirely empty, giving the animal the chance to eat away and become strong, bringing the door down and carrying the sleeping sailor to be shoved into the wall behind the mouse hole. With the rodent noisily snoring in Popeye's bed, the roles are now reversed as the badly accomodated sailor is unable to sleep from the noise. 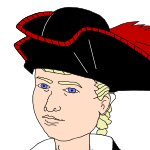