This article is about the character. For the comic series, see Sappo.

Creation and Development in Sappo

Although Sappo had centered around its protagonist John Sappo and his everyday problems, the introduction of scientist O. G. Wotasnozzle as Sappo's tenant changed the direction of the strip. Both characters maintained a shared protagonism, but their misadventures now revolved around the Professor's unorthodox inventions and experiments. He always meant to improve the quality of life with his creations (and make some money in the process), but they usually only resulted in disaster, usually with Sappo on the receiving end.

Professor Wotasnozzle further toplined a series of short features in later comic books by Bud Sagendorf and in the newer comic series, appeared (with a redesigned look) alongside Popeye in the 1960s television cartoons each time the stories called for scientific inventions, guest starred in the Thimble Theatre strip and The All-New Popeye Hour, and also joined Popeye again in Ocean Comics's Popeye Special and IDW's Mars Attacks Popeye.

Stretchies causes irreversible growth in body parts that are stretched

The effects of Invisible Cream 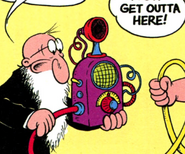 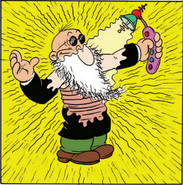 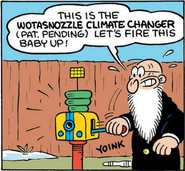