Jitterbug Jive is Popeye's 172nd cartoon, released by Famous Studios on June 23, 1950. The cartoon examines the Swing Era subculture of jazz music, jive talk, and acrobatic dancing, replete with street-wise fashion statements of the time. It depicts Bluto as a two-faced hepcat, Olive Oyl as a fellow hipster, and Popeye as an old-fashioned music lover.

The scene opens with Olive making preparations for a party in her home. To set the mood for what is to come, she speaks in hep syncopated rhyme, and her movements are in concert with the swing music playing in the background. The doorbell rings and it is Popeye, who he has brought "parlor games for a real old-fashioned party". Olive takes issue with his intention, countering with her desire to "boing and bop, and blow our top!" and stick with her swing music. Popeye's response is to place a classical waltz record on the phonograph, and to entice her into a taffy-pull in which she is clearly not interested.

The bell rings again ('There's a mortal at the portal!'), and it is Bluto. He is clad in a zoot suit with white buck shoes and a rakish pork pie hat, and has even shaved off the majority of his facial hair. He announces his intention to "get the jernt jumpin'" and join Olive in a swing dance. Bluto launches into a spirited boogie-woogie number on Olive's piano, to Olive's great delight and Popeye's dismay. The sailor attempts to scuttle Bluto's initial advantage with Olive with a bid to gain her interest in a game of pin-the-tail-on-the-donkey, which fails to draw her in. Once Popeye has the blindfold over his eyes, Bluto sneakily opens the door, causing Popeye to walk out into the yard and down to the street, mistakenly driving the pin into the rump of a mounted police officer's horse. In response, the horse kicks Popeye back through the door, the paper image of the donkey perfectly covering the hole and giving the illusion it was the donkey itself who gave Popeye the resulting lump on his head. Meanwhile, the two bebop cognoscenti get down into an athletic rendition of the Lindy Hop, in which Bluto becomes so immersed he is unaware when Popeye substitutes a dress form for the live Olive Oyl. He then tries to convince his sweetheart to enjoy a nice game of croquet, but as expect, she once again brushes Popeye's friendly gestures to continue her swing with the sinister jiving Bluto.

In a flash, Bluto and Olive are back to wildly cutting a rug together on the dancefloor, whilst Popeye tries to convince Olive to join in a game of bobbing for apples. Bluto then asks Popeye for instruction as to the rules of game ('Reet: How do ya dig it, Jackson?'), he pours the contents of a bag of quick-drying cement into the water. Popeye is instantly imprisoned, and Bluto takes off with Olive in his jalopy.

With Popeye restrained, Bluto takes advantage of the situation and demands that Olive "slip us some lip, chick". Immediately, Olive ceases with her jive talking and screams for Popeye to come to her aid. Popeye, meanwhile, rolls down a hill in his concrete helmet and comes to rest inside the building that houses "Joe's Vegetables", thankfully finding a display of spinach within.

Popeye sucks the wondrous substance through his pipe, bursts free of his confinement and undergoes a metamorphosis. Transforming into a hip cat, now clad in a zoot suit himself and sporting a jaunty Superfly hat and a bright red pair of huaraches--and now speaking in a smooth fluent jive. He quickly makes his way to the big brute's location, rescues Olive with skilled swiftness, performs an expert dance number with her while scatting a mile a minute, and, barely losing a beat, stomps Bluto into the ground, through a water main and up into a fire hydrant. With Bluto defeated (he pops out of the nozzle of the hydrant encased in a water bubble, a concept borrowed from Tops in the Big Top), Popeye proclaims, "This drip's all wet!". 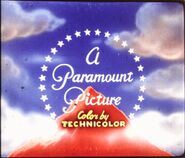 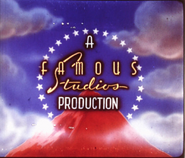 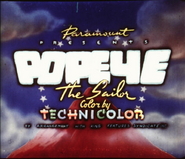